One thing to emphasise before diving into this article.

Making mistakes is a good thing.

We learn from our mistakes, it’s what makes us better at what we do. So don’t be afraid to take risks. This list is intended as a blueprint for the kind of mistakes that Sound Designers commonly make, based on what they have told us. You can then make a calculated assessment of whether it’s a mistake you’d like to avoid yourself. After all, making mistakes is fine, but if you can learn from someone else’s mistakes you’re onto a winner!

So, with that in mind. Here are some lessons learnt by professional sound designers…

1. Losing Sight of the Bigger Picture

Tunnel vision is an all too easy trap to fall into. When you feel yourself getting sucked into a rabbit hole, remind yourself of the overall project and goals. Sound Designer, Dave Barthly says:

“It’s important to take a step back from working, give yourself a break, then listen to the entire work and ask yourself if the amount of content in the piece makes sense for the artistic goal you are aiming for.”

Dave goes on to say that this can be a particular problem when doing Foley work. It’s easy to get lost in a nest of layers, when in actual fact less can often be more.

“You might even get the results you are looking for much faster without getting lost in any more details than what is necessary.”

“When I started out, if I was trying to make a ‘big’ sound, I would layer sounds to the point where I’d end up with a mess that was neither big nor expressive. Start with one or two elements and then play with adding and then muting tracks. Step away and listen to the muted version and then slowly add the elements back in. Trust your ears. Sometimes the sound with less, conveys more oomph overall!”

This follows on nicely from the previous point.

It’s important to always remember this. If you’ve been briefed on a project, keep that in mind. Use your creative freedom to get to the end goal in the way you’d like, but don’t let that creativity skew the target. It’s likely that others have been briefed to meet a similar end goal, so get there together.

According to Sound Designer, Marcel Wieffering, “thinking you have to use the exact sound you see in the film,” is a mistake to avoid making. The literal option isn’t always the best option.

Composer and Sound Designer, Alec Shea recommends thinking outside of the box when it comes to finding the right sound for something.

“All Sound Designers do this, but avoid getting in the habit of just searching the name of the sound you need.”

“Take even just a little time to think ‘what should this actually SOUND like?’ then try to break it down into elements (for example by time: attack, body, tail, or by frequency: high, mid, low) and think ‘what things sound like each of those elements?’”

A perfect demonstration of this way of thinking is when Sound Designer, Nikola Nikita Jeremić took the sound of a balloon, a didgeridoo, and a plunger and transformed them into a variable monster sound with the help of Weaponiser and Dehumaniser 2.

As you can see, it really pays to think creatively when selecting your samples. Nikita might have been tempted to use the sound of a lion or bear. But by thinking laterally he managed to create something unique.

Karan Thamawong (Sound Designer / Composer) sums this notion up perfectly when he says “do not make only the sound you can see, but follow your imagination”.

You don’t need 20 plugins to get the job done. Choose your toolset carefully, with the right tools at your disposal you’ll be more efficient and creativity can flow.

“I see a lot of people thinking ‘well, if I’m going to do sound design, I’m going to need such-and-such DAW, or plugin x, because that’s how all the online tutorials are doing it.’“

“But the tools available these days – like Reformer Pro for example – can be so outside-the-box that they might not even be on your radar.“

“There’s no longer a “right” way to do it. Maybe you don’t need to do multiple sound variations because there’s a tool that does random variations automatically. There are no more rules – this is an exciting time for audio tech, take risks and use what works for you!”

It’s all too easy to get caught up in plugin mania. Bernard Clarke suggests that it would be wise to avoid “the plugin mania whereby the next plugin will transform blah blah blah. Some do, it’s true; but most don’t. Master each as you go, and then the really transformative plugins (like Reformer Pro) will raise one’s game -when one knows what one is doing.”

“Always remember that the voices are the stars of a show.” Travis Vengroff (Sound Designer)We get it, you want to show off your sound design skills. But don’t get into the habit of occupying every frequency with your masterfully crafted sonic experience! It’s important to be aware of what role your sounds play in the scene. You’re not going to make any friends if your sound design muddies the dialogue – you’ll also probably create yourself a load of extra work.

Check out this video in which Mark Edward Lewis from Cinema Sound describes the process of separating dialogue in the mix.

As Sound Designer, Bryan Thompson says “[your sound design] might sound perfect on it’s own, but remember it’s only part of the scene and you need to play nice with others to make it all work. Do no harm and don’t be afraid to fix and or kill great work if it’s standing in the way of the overall scene.”

“Don’t overdo the sounds. Keep it simple. And do not forget to EQ your sounds so they have room in the mix for other elements such as dialogue and music.”

6. Forgetting That The End User Can Just Turn It Down

“Louder is not always better, but it’s a great way to trick your ears. When your sound makes it to the dubstage in the case of film/TV and the Director or Re-recording Mixer inevitably turns it down, or the player lowers the SFX in your game, does the sound still convey what it’s meant to? Try turning down your monitor to half-volume and designing your assets that way.” Tzvi Sherman (Sound Designer)

7. Thinking Every Scene is an Epic

Composer, Sacha Hoeedmaker says Sound Designers should “avoid overdoing it. Many people starting out in sound design, begin with getting the best sounds and focusing on creating the biggest opus of their life.”

“If the scene is a bus driving by, just have the bus drive by. You’ll get your chance going all out on a Transformer metamorphosing back into a car eventually.”

8. Throwing In The Kitchen Sink

Now, I don’t often turn to Kanye for words of wisdom, but when he spoke of world renowned producer Rick Rubin, he really hit on a valuable point.

“He’s not a producer, he’s a reducer”

As creatives we often fall into the trap of assuming we need to add things to make it better. If something isn’t quite right, it’s all too easy to think “what can I do to improve it”. Get into the habit of thinking “what can I undo to improve it” – you’ll be surprised how far you can get by just being a little bit ruthless occasionally.

Composer, Andy Callaby recommends that you should avoid using too many sounds and layers.

“Take what is needed and refine, refine and refine. How much can you strip out and still get the emotion or the mood you are looking for.”

As Drew Krassowski (Composer / Sound Designer) concisely put it, “don’t overthink things and KISS (Keep It Simple, Stupid). Not every sound needs to be f—ing glorious!”

“Make sure you backup your projects and use auto save!”

This is clearly a problem that many are familiar with. Many of the pro Sound Designers came back to us with this advice, so it’s clearly not a mistake common to beginners. Ignore it at your peril!

“Save your work often. Computer and software errors can happen and destroy that perfect sound design that is hard to recreate.” Marc Pieruccini (Creator of Ambient Realms)

Make CTRL+S (or COMMAND+S) your new best friend. It sounds like such an obvious thing to say, but everyone has made the mistake of forgetting to save and losing valuable work. It doesn’t have to be this way 😉

In a similar vein, take 2 minutes before you start a project to think about where your project will live. Arisa Lutic-Hotta (Film/Game Sound Designer) says:

10. Filling Every Available Space With Sound

Who can forget this classic example…

Let your sound design breathe. Every design practice benefits from white space. Silence is the white space of sound design. And when we say silence it doesn’t necessarily mean “nothing”, complete silence is unlikely in most sound design scenarios. But play with dynamics, the “silence” you create sets the tone and environment for your big moments.

This article was a collaborative effort

A huge thank you to the Krotos community and sound professionals that helped us create this blog. We’ve mentioned before that the sound community loves to share, and here they’ve given us some really sound advice.

Products mentioned in this article 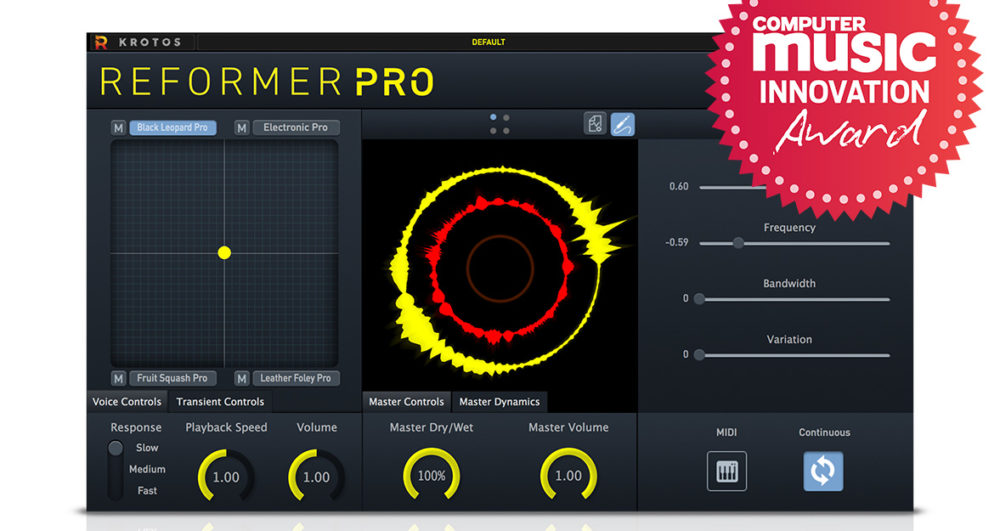 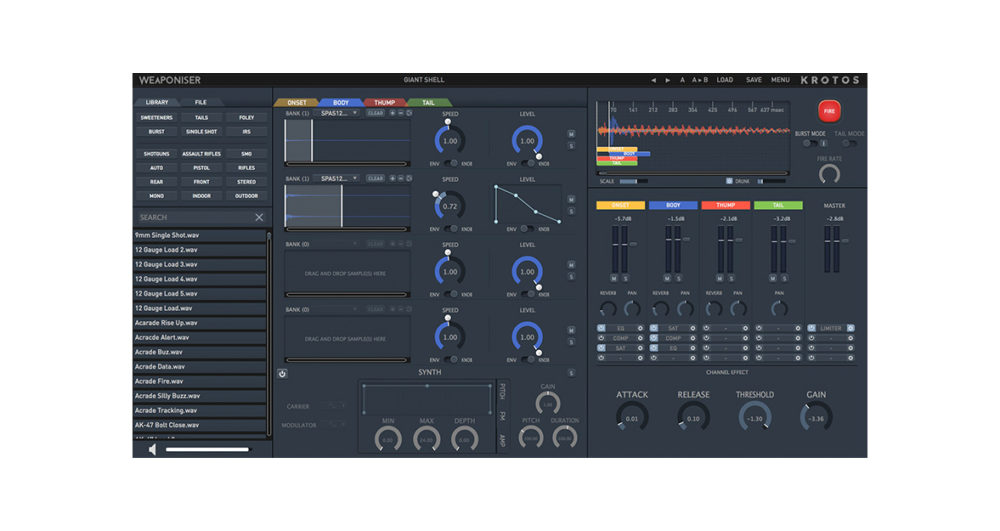 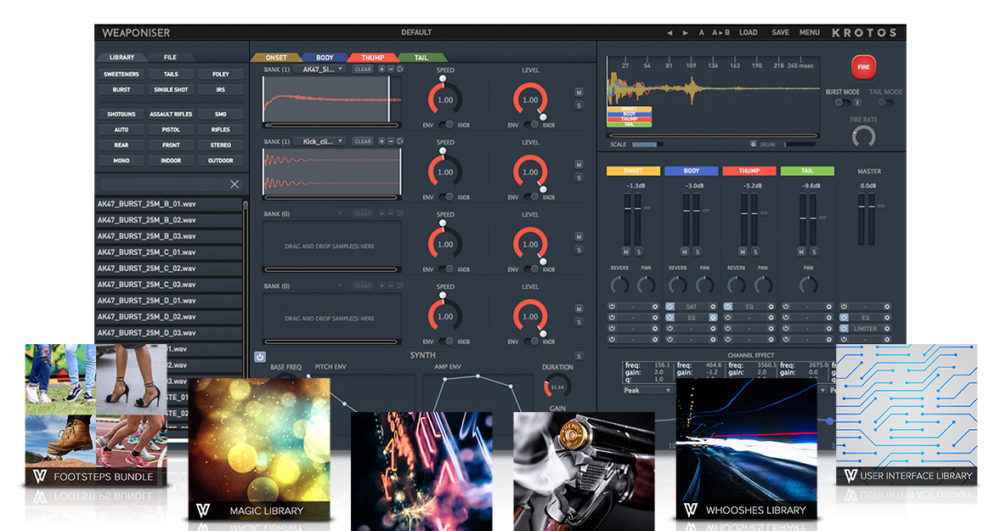 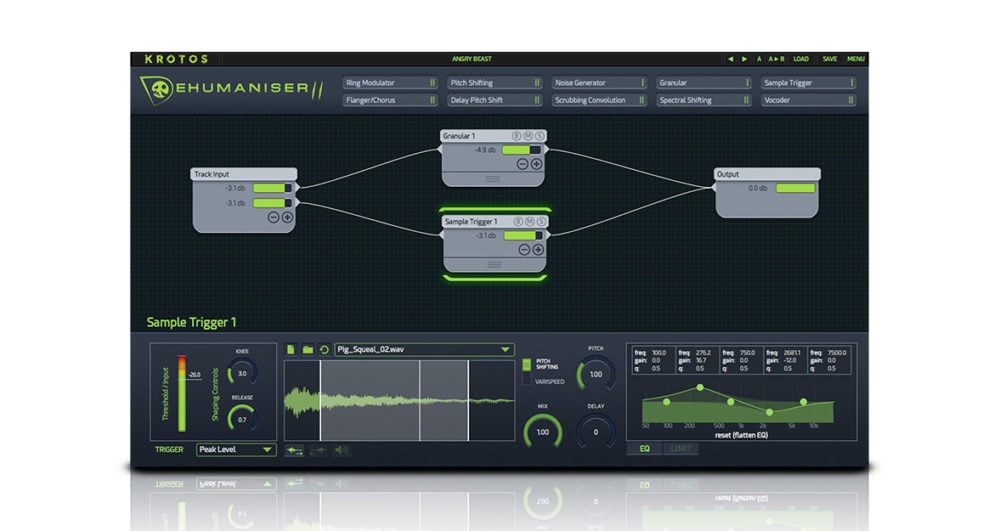