Inject The Element of Fear In Your Sound Design Project

With Halloween fast-approaching, fearsome frights and horror films are on the cards for many. But, bloodsucking vampires and terrifying monsters aside, what really brings on a sense of fear is the music and sound design that accompanies a horror film.

With that being said, you might be asking yourself “how can I inject fear into my sound design project?” Good question! Turn your lights off and check for monsters under your bed because today, we’re going to share a few tips to consider. 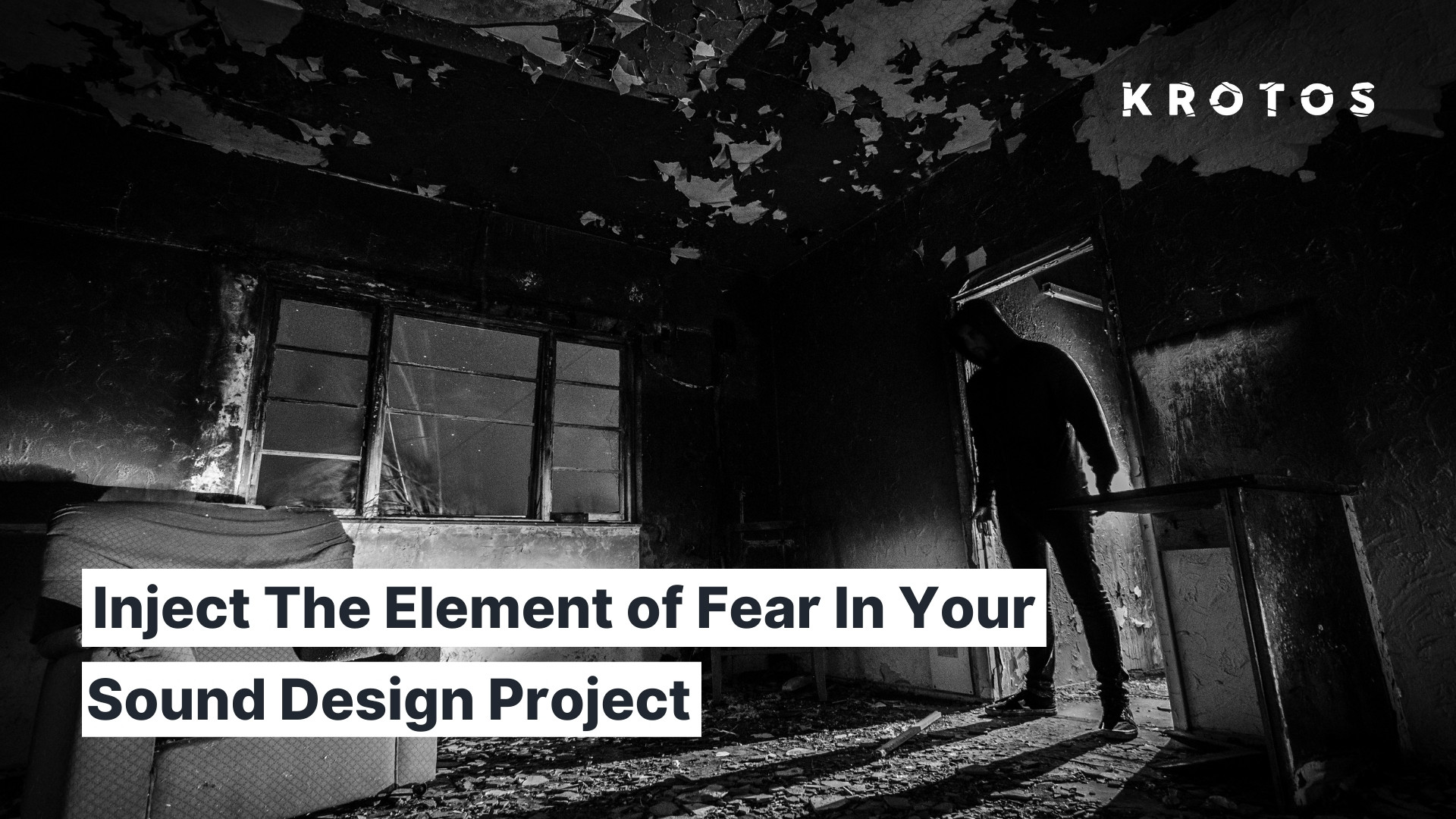 We are going to kick off with intent. Why may you ask? Well think of it this way, not all monsters and bloodthirsty killers are the same! Some are boisterous and clumsy whilst others are clever and silent and wait for the perfect moment to strike their victim.

So, before you even start adding sound effects to your timeline, you need to have a good think about the type of threat you will be designing to. Something to also consider with intent is ‘do you see the killer?’

The first 2 Alien films are great examples of this. In Alien you hardly ever see the xenomorph, so its treatment in all regards is very different to Aliens, where you see them all the time.

If you think of sound effects as a creative way of distributing a message, tone is the sealed up packaging it comes in. Is your horror scene going to be outright terrifying, comedic or maybe a combination of the both? This might seem a little obvious, but you should still pay close attention to the overall aesthetic that your sound designing to.

Another thing with tone that you need to think about is whether you want audiences to consciously notice the sounds or not. A great example of invisible tone is use would be during the “walking home” scene from the 1977 classic – Eraserhead.

Proximity plays a massive role when designing sound for a horror scene. How far away is the serial killer from their next victim? Are the zombies literally in the next room? You have to keep this mind when designing your scenes.

Remember, the closer the threat is to your character(s), the more opportunity you have to scare your audience.

So, if you really want to build tension and induce anxiety, keep some distance between the both and slowly bring the threat closer. That of course, until all breaks loose and someone’s just been taken out with a chainsaw.

The type of sounds you use to make up your background will help audiences not feel as if they are watching a film, but within it.

Does a certain scene take place in the middle of a major city or completely in the wilderness where no screams can be heard? Is it on earth or some alien-like planet? For scenes like this, subtle sound effects like extraterrestrial hums, footsteps, traffic can make all the difference in terms of ambiance

A great example of background ambiance in use would be throughout the surprisingly low-budget blockbuster – 28 Days Later. From the initial opening scene to the ambiguously hopeful ending, background ambiance is placed in all parts to complement the visually impressive horror film.

Using subjective sounds like whooshes, impacts, and other non-diegetic sounds are really effective when it comes to representing what a specific character hears in their own head.

A frightening example of this can be found in James Wan’s ‘The Conjuring 2’. In a scene where Lorraine Warren investigates a sighting of the antagonist, there are a variety of whooshes, impacts and non-diegetic sound sound mixes. Sound Designer Joe Dzuban and his team also used Dehumaniser as part of their sound design arsenal for this film.

So, there you have it – a handful of tricks to help you give your sound design project the real scare factor. If you want to put what you’ve read about into practice, take advantage of our Halloween Sale before it’s too late…