In this video James David Redding III imports his own sounds into Reformer Pro and demonstrates just how quickly and easily you can sound design water movement. A task that would be laborious using more traditional methods, becomes fun and performable.

All right. Here we are. Krotos Reformer Pro, one of my favourite tools in my sound design toolbox, and one of my favourite part about it is that I can use my own libraries for sounds. Recently on a TV series I’m working on, we had to do some water movement, some of it going underwater, some of it coming above to the surface. So we need to be able to have a fluid motion between the two and, you know, cutting in sound effects for this stuff, it can be a pain.

I mean, trying to get the right movements and sync with everything and your Foley team can do so much, but this is just a nice way to augment everything that they’ve done and also be able to use these underwater sounds that you might have in your library already starting up. Reformer Pro. Here we are with the Black Leopard Electronic Pro, Fruit Squash Pro and Leather Pro. All the standards that come with it. But what I need to do is use sounds that I already have in my library of underwater motion and above surface water motion.

I’m going to spare you the details of me going through and picking out which sounds I want to use. I’ve already pulled them into their own folder and we’re going to go to the analysis tool here and click on that and choose our folder. So here in my Krotos folder, I have underwater and water movement 2 and water movement. You can see here we’re going to load up underwater first. Open and I’m working at 48KHz.

I create. We’ll call it Underwater JDR 3, creating library boom. Done. All right. Now, I want to make another library at the same time. So rather than restarting Reformer Pro and just getting the one library, let’s go ahead and load up water movement 2 for Reformer that I made again 48KHz. Create.

Boom, doe. Go ahead, close and reopen. So one thing you’ll notice in my session and I just found this out from Krotos that it doesn’t always work properly this way. But this is the way I find my workflow to work best is I put my Reformer on an AUX and then bus it through an audio track to record what I’m doing. So I’m going to go to the plugin and other and I’m just going to do a mono instance of Reformer Pro.

Excellent. Now I’ve discovered with doing water sounds, I’m going to use a reverb to add a little bit of a tail so that the water sort of ripples away like it would naturally. I don’t want it to be triggered and stopped by my voice. I want to just tail off a little bit more. So we’re going to go ahead here and pick my underwater sounds, put it up in that number one spot.

And number two, we’re going to go here and pick my water movement 2 and I’m just going to go ahead and mute these other two here, and I’m going to show you I’m going to go back and forth here between underwater and above water to show you how fluidly you can do this and how, just by modulating it with your voice, different sounds. I mean, most of the time, I’m just sort of humming or, you know, I think my family thinks I’m a little crazy because they hear me in my home studio making sounds like… OOOOHHHHH.

But those types of sounds are just helping me modulate these sounds that are curated in this library to trigger for underwater movement. I can’t show you the picture because of an NDA of the programme that I did this for, but I think you’ll still get the idea and hear how wonderful this actually is.

So there you go. That’s a quick example of doing water movement with Reformer Pro. Now there’s other really great things that I’ve done with Reformer Pro for another show that I had to do a tattoo scene. So I go down here and I’ll take the leather Foley and you can see I’ve already made tattoo machine sounds. Load that up.

And I’m going to turn off the reverb for this, because this I don’t want to tail out. I want to end with my voice. I mean, I don’t want it to tail out like I would water if we go ahead down here.

So there you go. That’s just a tattoo machine. And I was following along with the tattoo artist strokes on the picture, and it was great. Just modulating it again with my voice as a trigger, and it just shows you how powerful Reformer Pro can be for your sound design and for quickly getting scenes into shape. So thanks for watching.

Ok, the pun was intended! In a follow up to his previous video, James David Redding III goes in to more detail about the kind of sounds he was using, the kinds of sounds he was making into the microphone, and how he achieved the final sound.

Hey, folks. James, David Redding III here, and I’m bringing you an updated Krotos Reformer Pro demo. The last one I did, folks, had questions about what kind of sounds I was using a Reformer. What kind of sounds was I’m making with my microphone and how I was doing what I do.

So I’m going to show you more in depth now. So here’s my Soundminer, and I’ve already pulled the sound. I’m not going to go through my whole library and try to figure out which one it was. Again, I’m just going to show you an idea of what I used. For underwater sounds, I was using things like this, all sorts of little underwater booms waves, some types of ambiences for the above water sounds. I had pulled a whole group of waves on beach waves, on rocks.

They just weren’t quite working well enough. Not for the motion that I needed, which was more of a person swimming in water. So I ended up going with a little more splashing, a little more above water type of sounds.

You get the idea. So here we are in my Pro Tools session. You can see I already have a Reformer set up on an aux input, and I have a PD, an audio track. Curtis does not recommend this workflow, but I find it to work for me. We need to create our libraries first.

Ok. Now that we’ve done both of our folders, we’re gonna hit ok. We’re going to close out of the analysis tool, and we’re going to restart Reformer Pro.

Since I’m only using these two modules, I’m going to go ahead and mute the bottom one so that I don’t accidentally trigger them. I’m going to take my puck and set it up to the underwater. You might say, why are we starting underwater? Well, this time I have video in the last demo video. I was under an NDA and couldn’t show you the video I was working with.

So I went to Pixabay found underwater swimming from Engin Akyurt and decide to give him a follow. The video will be linked in the description just in case you want to try it for yourself. Okay, so let’s go ahead and take a listen. So here we go. Now, you can hear what my voice speaking is doing with underwater sound.

I can also move it to the above water sound, and you can hear what my voice modulation is doing there. It’s not quite how I did it for the swimming scene, but we’ll get to that in a moment. I just wanted to let you know that this is being triggered just by any sound. You can also just feed sounds into Reformer Pro sounds that were pre recorded to use it to trigger. I did this with ADR first seen underwater while the actors were grunting and groaning underwater and bubbles were coming out of their mouths.

I used the ADR to trigger a Reformer bubbles, but this case, we’re going to perform along with our swimmer. Let’s take a look at the video first.

Fairly simple. Starts off underwater, breaks the surface, splashes around above water. Let’s go ahead and give it a shot.

So there you have it. That’s exactly what I do. I make the strangest noises, and my family thinks I’m crazy when I’m in my home studio. What else is new for us sound artists? Right?

So, yeah, that’s it. That’s how I triggered water movement for a scene using Reformer Pro. I sped up my process so much just recently. I used it also to do some cloth ripping in a scene. Again.

NDA can’t show you that one. But you get the idea. Rerformer Pro is so powerful that I keep it in my sound design template. Hope you enjoyed. And until next time. 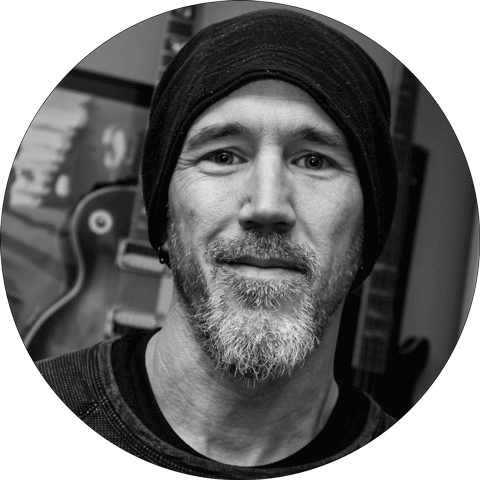 James David Redding III has been working in audio post-production in NYC for 20+ years with credits in feature films (Carol, The Good Liar, Hustlers, and Aardvark), television series (The Americans, City on a Hill, The Queen’s Gambit, and 30 Rock), documentaries (MLK/FBI, No End in Sight, and For They Know Not What They Do). His roles have spanned from re-recording mixer to dialog editor, to sound designer and sound effects editor.

As an adjunct professor at New York University’s Tisch School of the Arts, James shares his knowledge and energy for sound with the next generation of the craft.