How to Design Weapon Sound Effects for a Combat Scene

In this video, Matthew Collings, Head of Product at Krotos, shows us how to design weapon sound effects for a SWAT combat scene. This demonstrates just how quickly you can lay down sounds and then change the weapons using Weaponiser and the SoundMorph Intervention Sound Effects Library. 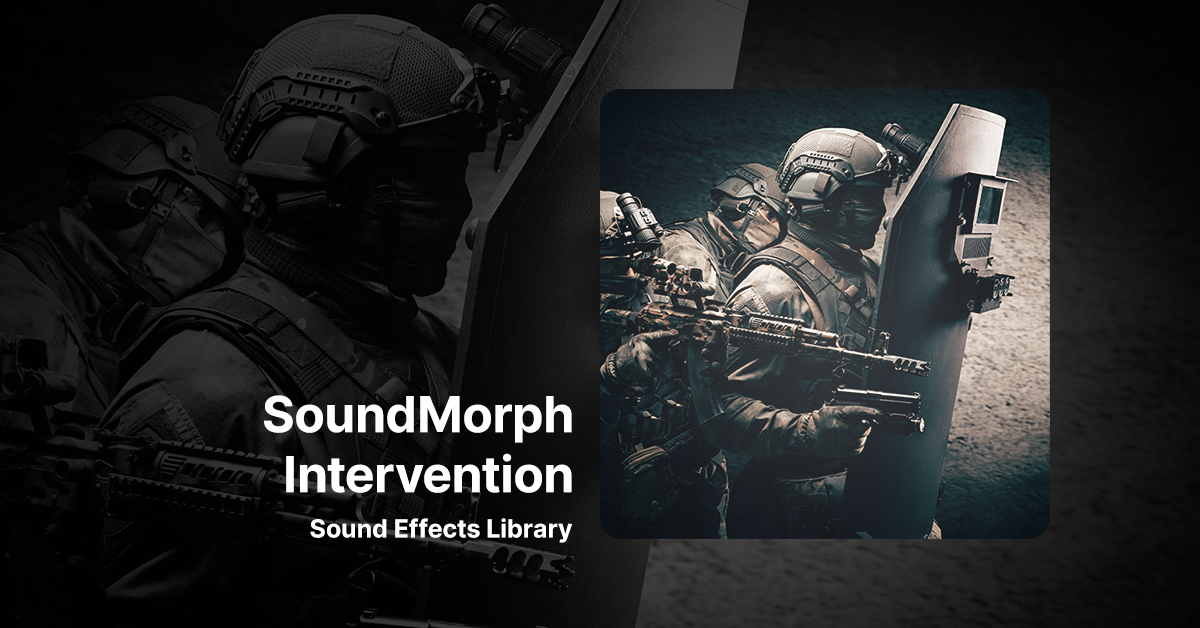 Intervention is the most complete and researched SWAT sound effects library ever made. It features recordings of 26 weapons frequently used by SWAT units, offering you a complete sound pack to work on modern films, television and games.

So already I’ve added in some MIDI clips really quickly onto the timeline here, just in sync with the first soldier here. And I’ve loaded in the M16 burst dry preset from Weaponiser. And this is actually a burst preset, which is really powerful for when you’ve got longer bursts. I’ve actually switched off burst mode and just put it onto a single fire mode. And the reason for that is that you can see that all of these guys have automatic weapons.

It looks like they’re firing off one round at a time. So I’ve just stepped through the footage frame by frame and just quickly added in the MIDI note C4 to trigger the plug in. And let’s see what it sounds like.

So we’ve got a couple of rounds at the start and then a few more here. Ok. Great. So one instance of the plug in, I think that’s a pretty solid sound for our centre team member. Ok.

So now to make these all sound a little bit more distinct in the mix, we’re going to use a different weapon and a different preset for the soldier on the left here. So I’ve got this panned slightly to the left, and I’m using the MK 18 burst preset as well here. So again, I’ve actually switched off burst mode because I like the sound of this just as a single round and it matches the footage. But you see, you’ve got a nice bullet drop in a nice interior tail on this preset.

What I have done, though, is I’ve just edited the tail tiny bit using the envelope, just to, you know, just tone up a tiny bit to sits better with the environment and the other preset just playing that one on it’s own.

Okay. Cool. So we now have the two first soldiers and we’re just using the MIDI notes on the timeline to trigger the plug in. Okay. So far, so good.

We’ve got one more soldier here. He doesn’t start firing until later in the scene. So put a little market in here and then you can see he fires off quite a couple of rounds in quick succession here. So what we’re going to do, is we’ll use a different preset from the library to design this guy as well, actually not going to use the MK18. I’m going to switch.

And just for the sake of argument, I’m going to use an MP5.

Okay. So switching that back off burst mode again and just going through the footage. Right. Okay. So let’s just sync this up really quickly.

We can see there’s a muzzle flare there. So I’m going to paste in a MIDI clip for that first round. Okay, great. So let’s just step through and just place some of these MIDI notes in to match to those muzzle flares. You can do this really nice.

Then quickly. Once I’ve got one note, I can just copy pasted over. So there’s one.

There’s another round here. So just really quickly, I might need to just tweak these little bit to get the timing bang on later on. Okay. So it’s another straight after this one.

And there’s another and one more here almost exactly the same time as the other soldier fires in the middle. Okay, cool. So let’s see what sounds like. Okay fantastic. So all three together or two together from this point.

Okay. So the nice thing about using the different weapons is that all three soldiers sound a little bit distinct from one another.

But because we’re just pulling these straight out of the intervention pack, they’re the right, they’re a similar type of weapon that the team might use, and they sort of sit right. But let’s say that I’m with my director now, and it feels that it’s not working. So the real power of the Weaponiser workflow really comes in handy now. So, like we say we use an MP5burst here.

Let’s say that our director feels like this should be actually a suppressed weapon, or there needs to have a very different type of feel to the scene. So what we could do is I could just switch this out. Now, I’ve got these MIDI notes in to trigger the trigger the plugin, I can switch out to an M16 suppressed preset. Let’s see what this sounds like.

Okay, that might work. That might be something that someone prefers a little more. We could do the same for this first character as well. We could just switch out to something else. Let’s try maybe a different weapon also suppressed.

I’m going to switch off burst mode again, because that seems to work quite well. Let’s play from the same marker.

Okay, great. I mean, that’s just a very different approach to the scene, and it’s really easy for us to do. So let’s say we want to switch out the soldier on the left as well. Let’s say that that’s not quite working for us. We’ve got tonnes and tonnes of presets to choose from here, since that’s actually a single shot, we could even use one of our other single shot presets.

So let’s go for a SIG 552 instead and try this one again. An interior preset, let’s see what this sounds like.

Okay. So again, like, that tail might need a little bit tightening up, but you start to see how flexible it is working in this way and working with the different range of presets that we’ve got straight out of the box here. Let’s just hear this one once more.

Let’s try something else. Just one more time for that first soldier. Let’s try a different weapon.

I’m going to go for actually, let’s try the same MP5 preset that we had for the third soldier. That one’s really aggressive. We might want to tone that down a little bit. And, you know, maybe let’s just go back to the first weapon. But you see how fast this is to do and how flexible it is now to experiment and to work with different approaches to the scene.

So rather than have tonnes and tonnes of layers of tracks have to cut each one up, go into your library, pull out more individual rounds, individual shots from different weapons. We can do it really, really easily now with Weaponiser, and we can render these out for mixing, and do that really, really easily. So thanks a lot for joining me. And I hope this will interest you in checking out the Intervention pack. Fantastic weapons pack, and really taken to the next level by using Weaponiser. 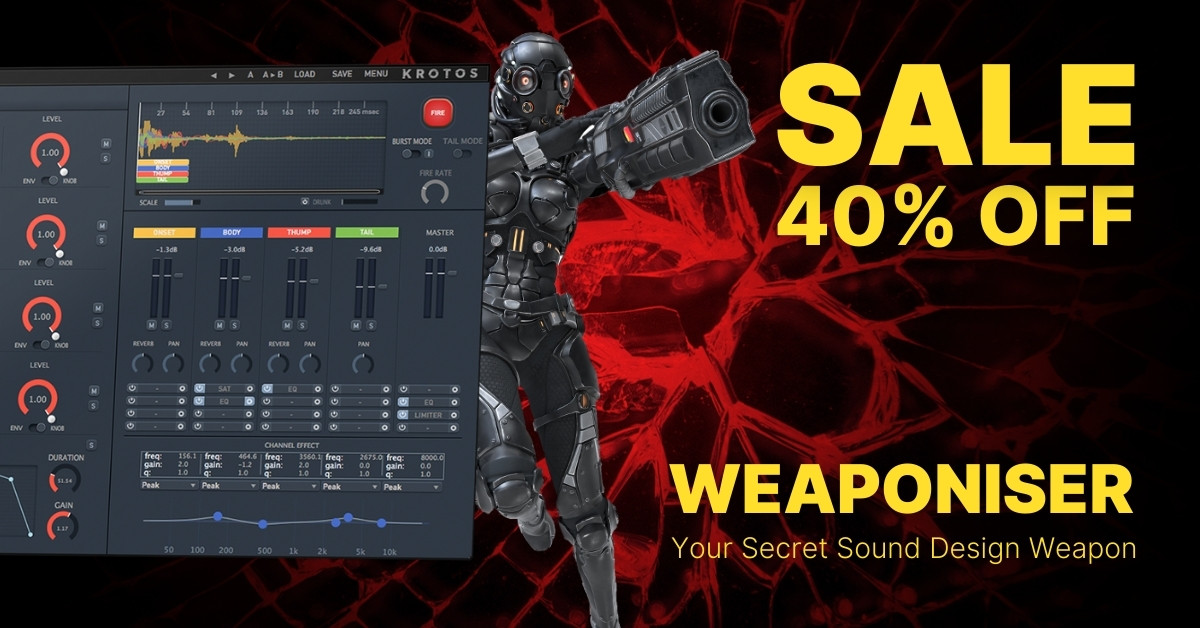