You’ve shown us your best Sci-Fi Explosions sounds, and we’ve chosen the winners! A huge thanks to everyone who took part in our Explosions Sound Design Contest! We had an amazing 121 entries and were incredibly impressed with all the creative work submitted. Our contest judge Paul Stoughton has gone through every one of them, and we’re pleased to announce the winners!

What Toma said about the entry:

I recorded some fluffy bed covers for Foley and impacts, and I also used a newspaper, a pillow to hit things and a cardboard box that slid on the wooden floor, and some extra things in the kitchen. Quickly, I realized that I will have to ditch my Mid-Side recordings because they weren’t impressive enough for my purpose. I relied only on the JZ Vintage11 microphone that really has a larger than life sound.

After sorting, cleaning, and levelling my recordings, I started to experiment with everything. First, I used 4 tracks divided into different frequency ranges to create the initial hit. Then I used 4 more tracks to design the rising smoke, in this case, I used the bed cover and cardboard box foley.

Two tracks at the bottom of the session were created using a sticky tape source, which helped to add a bit of roughness to the sound for the explosive. The last part of video (short electric charge) was designed using 4 tracks mixing my voice, scratching the cardboard and a small kitchen tool. After some trial and error, I pitched, stretched, slow-downed until I could get the right timing and sound colour.

The final step was refining EQ, adding Reverb and I used a multi-effect plugin named CamelPhat (not available anymore) that is originally intended to heavy lift the drums, bass, and guitar. In this specific case, it was useful to put some spice in the recordings and also adding distortion, bass, flange, and more to each layer. Once everything was done on the plug-in side, I adjusted the timings a bit more carefully and volume automation of the different layers and did simple mastering in order to keep some nice dynamic range.“

“This entry stood out in how well it sold the visual. The transient and body of the explosion had a clean, natural aesthetic that created a solid foundation of believability. I loved the slow flange on the tail to sell the plume and the tastefully understated accent on the lightning energy flash.”

What Kevin said about the entry:

“First off I broke the sound down into categories: Impact, Build, Lightning, and Rumble. I knew it would be a challenge to create something so massive and dense sounding, so I was constantly thinking about how to make the sound dynamic.

I started with impacts, so I recorded my freezer door and oven. I recorded Henry the hoover and water spraying for the rest of the SFX, and I was good to go! I layered and EQ’d my best picks and combined them with a very sharp kick and sub. The recorded freezer and oven hits were sent to a bus for some heavy compression and dirt processing.

I reversed the hoover turning off to get a ramp up and build throughout the explosion using Manipulator to mangle and Logic’s Phase Distortion for electrical nastiness. I also time-stretched the grill hit SFX to add more sonic madness.

I had made recordings of my garden hose, so I took one of them and heavily filtered and compressed it to get that building intensity of the blast rumble and cloud rising. I then filtered some nasty noise I made in Pigments to beef it up, and used a high pass version of the same noise for the lightning strike.

I bounced all sections out, and when I listened back I decided I needed a more snappy attack, so I created some white noise and ran them through a lot of distortion to get that magic attack sound. Finally, I gave everything a quick polish, and it was done.“

“I loved the aggression of this one. From the long lead-in to the sharp initial transient and vocal undertones of the body, this explosion created a sense of intensity that carried me through the entire sound.”

What Juuso said about the entry:

My original recordings were all made in the kitchen. I recorded frying food, hitting a drinking flask, grating, and kicking random stuff in the kitchen. My recorded sounds from around the house mixed with synthesised sounds, and a lot of processing!

“This was my favorite “impressionistic” explosion. Though it deviated a bit from selling the visual, the originality of the design stood out in a big way. Very impressive use of tonality and envelope.”

Honorable Mentions:  The Best Behind the Scenes Entries!

We’ve selected three additional winners, who deserve a bonus prize for their best ‘Behind the Scenes’ video entries. We’ve given these three entries a bonus prize: A copy of Simple Concept!

Thanks to everyone who took part and all the work you’ve put into this. A big shout-out to Paul Stoughton for helping us make this contest happen.

Want to take part next time? Make sure you’re subscribed to the Krotos newsletter to find out about it. 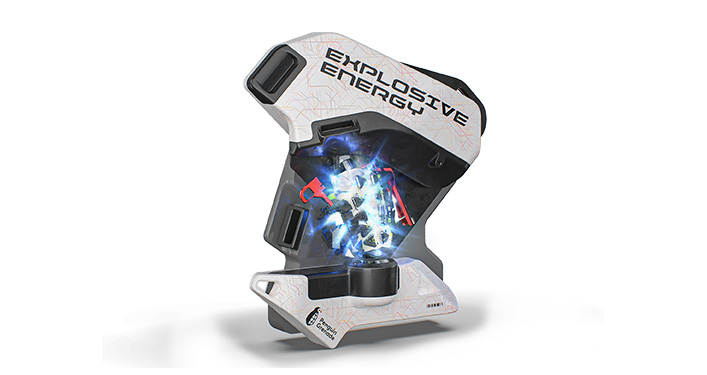 Paul Stoughton’s Explosive Energy library has now been adapted as a straight out-of-the-box Weaponiser library featuring over 1,000 assets to offer you enhanced explosive power that packs a punch!

Transform this library into your own sound design, or create thousands of unique assets at lightspeed using Weaponiser’s powerful and efficient workflow. 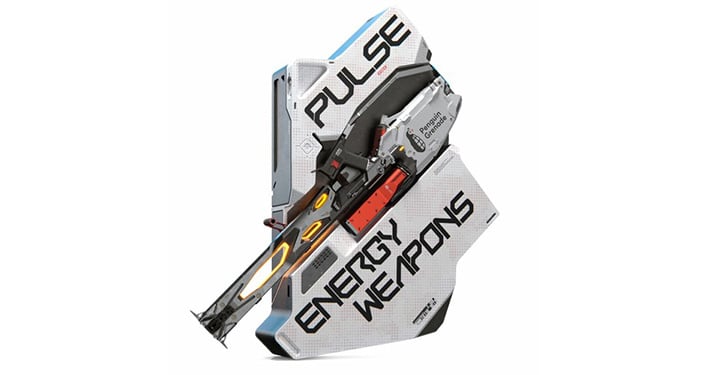 Your Secret Sound Design Weapon Weaponiser is an inspiring audio layering solution that allows you to design,...
$358.80