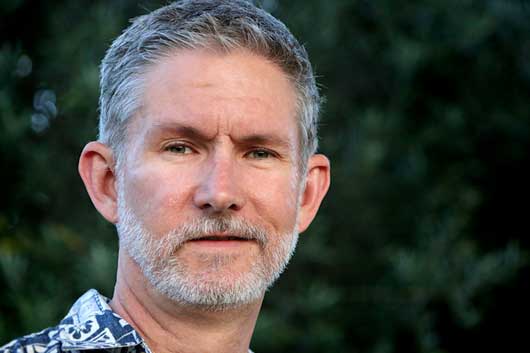 Multiple award-winning sound designer David Farmer (Skywalker Sound) has been responsible for creating the sound for major titles and games such as the Lord of the Rings and Hobbit trilogies, Con Air, Space Cowboys, God of War, World of Warcraft, the Avengers, King Kong, and many many more.

David took some time out from his work at Skywalker Sound to talk to us about working in a Tolkien Universe, reinventing himself for the Marvel World, and how he uses Krotos Reformer Pro and Weaponiser plugins in his workflow.

Hi David, thanks for taking the time to talk to us. We’re curious to find out a bit more about your background. How did you get started in sound design, and how did working at Skywalker Sound come about?

I always had an interest in sound in some for or other. But my interest was piqued when I saw the making of The Empire Strikes Back. They showed Ben Burtt out recording crazy sounds and making the light sabers, and stuff like that. That was a pivotal moment, if for no other reason than to tell me the profession existed.

I didn’t pursue it straight away though. I was working as an associate manager at a finance company, and was miserable at my job. That drove me to look for a profession that I would enjoy.  I wound up going to Full Sail in Winter Park FL, where I got an associates degree in recording arts. It was a fantastic program that exposed me to a wide variety of skills in the audio world. I did go there with the idea I’d pursue sound design, so in the back of my mind I was trying to see how every little thing I learned could be applied to film sound.

After Full Sail I wound up interning at EFX Systems in Burbank CA. That’s where I met Harry Cohen, who took me under his wing and I learned a ton from him.  It was a small facility with lots of projects moving through, so there were lots of opportunities to work on various TV shows and films. At one point Skywalker Sound was very interested to see how a little facility like ours could get so much work done.  So I was invited to come up and sound design on “The Arrival”, around 1996 I think. From that experience I met some of the people I still work with today at the ranch.

You’ve worked on a huge variety of film genres – from action and horror, to sci-fi and fantasy…is there a world you get most excited about working within, and are there any big challenges associated with these projects?

I’ve always been a fan of the gritty organic world, like the Tolkien one.  Working with wood, rock, and stone is very satisfying, and I just love the genre.  Those films will always hold a special place for me.

I had to re-invent myself quite a bit when I started designing for Marvel.  All the things that were out of place in the Tolkien world, have a place there.  And I mean tonalities, machinery, futuristic weapons, etc.. It took some work, but I finally found a style that was both new to me and seemed to work for the clients and the projects.

I’d say the challenges are always trying to make something new.  Quite often even when something is brand new and a totally new approach, the result still sounds like something we already know.  I think I’ve stumbled across re-creating the tie fighters half a dozen times, when trying to make other things and using totally different sources.  But if I used those, it would take the audience out. Actually the client would think I just tried to use tie fighters, so I’ve never even attempted to use those sounds!

You’ve been using Reformer Pro in your set-up, that’s so great to hear! How has it contributed to your workflow and have you been able to incorporate it in your recent project work?

Yes its a clever tool for sweetening things.  The thing I love about it is it generates sounds without much manual attendance, or editing on my part.  It’s great when you know a sound needs a little something extra, and you need it fast!

Are there any particular Reformer Pro libraries that you’ve found most useful in your projects? And have you used any other Krotos plugins or libraries?

The pig and leopard I’ve gotten quite a bit of use out of.  But more than anything I’ve used my own creations, based on sets of designs done for particular projects.  It can really help keep “themes” going.

And finally, what’s the most valuable piece of advice you would pass on to those starting out in your field?

I feel like anyone starting out now has a real advantage. With the exception of increased competition.  There are so many amazing tools available for a fraction of what we used to spend for more or less one-note hardware devices.  Just a single reverb unit a few years ago would cost several thousand dollars, and you’d only have 1 “instance” of it. Now you can get amazing reverbs for $50 and run multiple instances with automation, etc..  The advent of native DAWs that don’t require expensive hardware, the affordability of recording rigs just makes professional work so accessible.

But you still need the skills to make all this work.  So its all about practice. I always found reverse engineering things taught me valuable tricks I could apply going forward.

Your Secret Sound Design Weapon Weaponiser is an inspiring audio layering solution that allows you to design,...
$718.80
Save 50 % 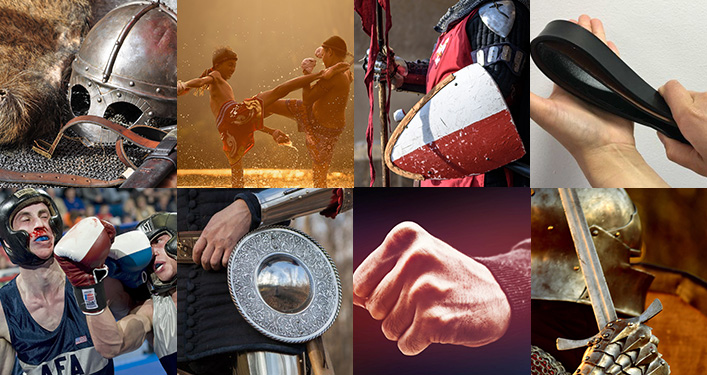 Body Impacts, Boxing Materials, Fruit and Veg Impacts, Foley, Armour, SwordsOne of the most comprehensive libraries of combat-related sounds ever...
$155.40